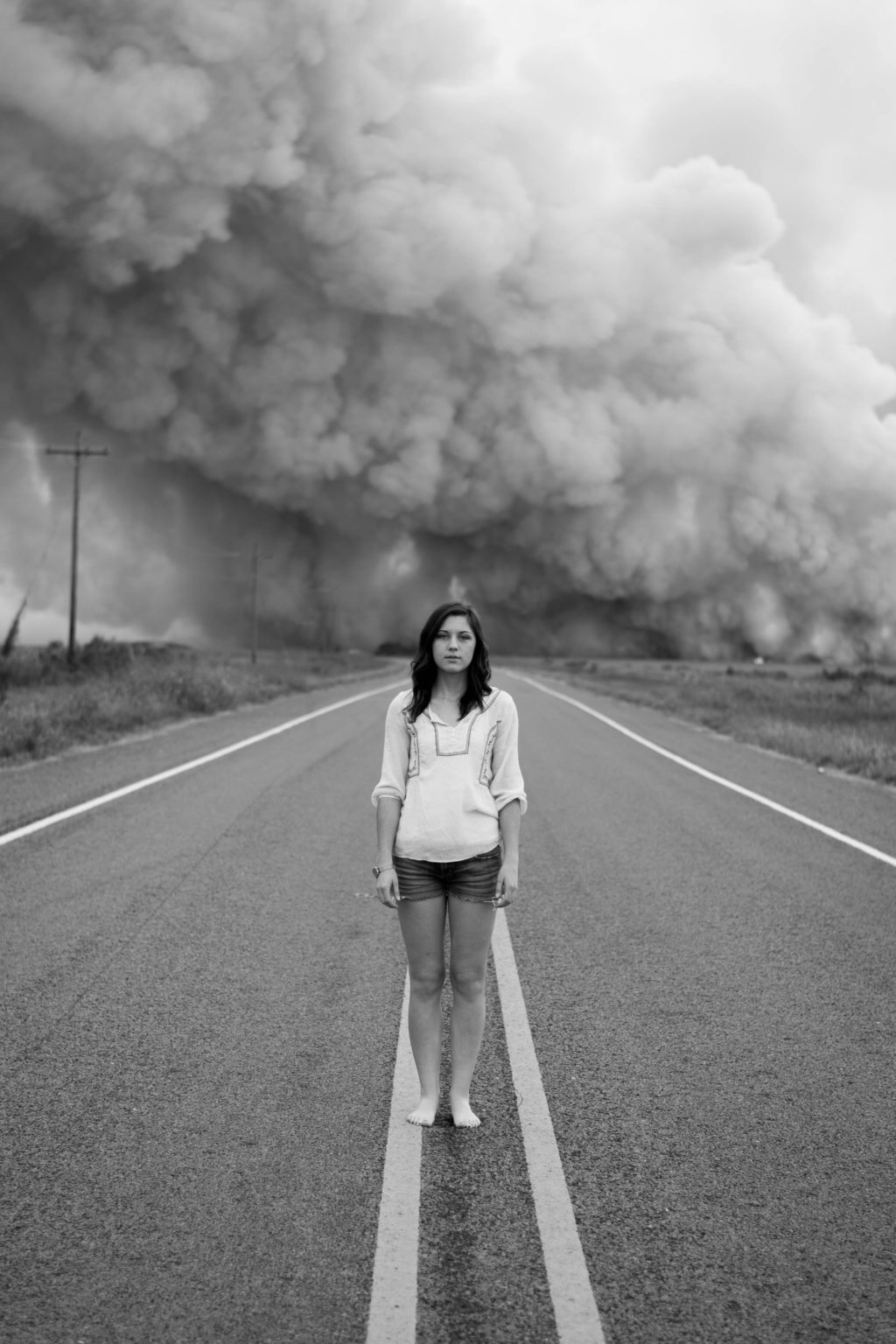 Photo by Morgan Sessions on Unsplash

Reopening the Doors of Perception:
New Sounds in a Dystopian World

aybe it’s just me but the 2018 zeitgeist is one of the most uncertain I can recall. The disinformation and fake news appears to be reaching a crescendo. Is all this noise the result of the cognitive dissonance of our collective consciousness, in which we know we are on the brink of some disaster but react with denial? Effectively we are experiencing a destabilization of perception. What is real? What is imaginary or dream. It seems surrealistic that our current status quo can end drastically. But where and how will it end? In the midst of this zeitgeist, several releases arrive that offer their perspective in helping us gain our bearings. The debut album by Lady Lynch tries to calm our perceptions. Mzylkypop’s album When Will the Wolves Howl? gives an introspective view of the current situation. Adi Gelbart’s 7” single and accompanying book Egglike lend us a postmodern view to our reality. So on with the reviews… 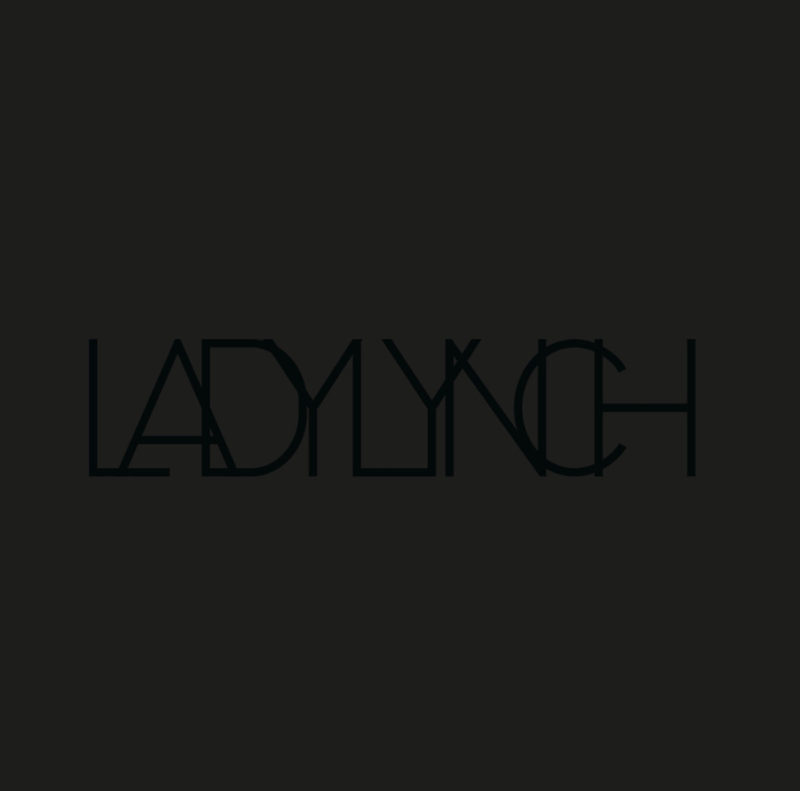 Sundl (dr) on drums. Their name alludes simultaneously to Lydia Lunch and David Lynch. Lady Lynch is the LP debut of the band – 26 golden minutes of post punk so intensely post it becomes indistinguishable from a primordial beginning.

The best way to describe the music is by deconstruction, which is easy to do because of the sleek arrangements. Theresa’s vocals sound eerily disembodied. Maybe it’s an echo in the setting where the music was recorded that lends this quality, an abandoned electro-club in the basement of an apartment building. The location definitely supports the subterranean outlook in the music. Music that can only exist under the surface of normality, and perhaps as a reaction to it. Combined with the emotionless delivery it amounts to sardonic nihilism.

The lyrics of the songs are repetitive with variation, and recurring in a deadpan way that increases the intensity to a point where all that is needed is a spark to trigger the apocalypse. It’s done equally well on each song, but perhaps the most striking passage is on Ranciere:

And so it goes on, a nihilistic anthem to a future that seems all too likely today, voiced by a disembodied spirit with no tangible place to haunt.

There aren’t many solos in the arrangements. The album’s concept has no room for histrionics, and rightly so, as that would undermine the effect. The musicians follow the lead of the texts, the parts lean and almost minimalist. Each song is exactly like a good short story where every word counts towards the effect, without a single unneeded syllable. The guitar lines, the bass lines and drums are all in the right place, and have an occasional chance to sound out alone, offering a subtle catharsis to the tension building in the lyrics.

The entire album is remarkable for so consistently conveying a mood. Favorites of mine include Tiny Machine: “I hate my life as a tiny machine / easily broken, easily fixed.” This could describe how quickly we can break in the modern world, to be easily “fixed” by the use some horrendous psychopharmaca  to then be able to function again. Cymbals embodies an obsessive idea, wanting one’s cymbals, which could have many interpretations, perhaps also refusing to compromise one’s principles. It also has the loudest emotion of any of the tracks: cymbals crashing! City Falls describes a dark view of modern society, and the constant decay it is subject to bit by bit: “every night a city falls.”

This is a grand album that lives through understatement of powerful messages, and is just cryptic enough to be timeless. We don’t know when we will run out of time, so maybe it’s best to find it now.

Mzylkypop: Kiedy Wilki Zawyja?  / When Will The Wolves Howl? Label: Do it Thissen Records (2018)

Mzylkypop is a concept album that is relevant to the current political situation much like a fire blanket to a book burning. According to the 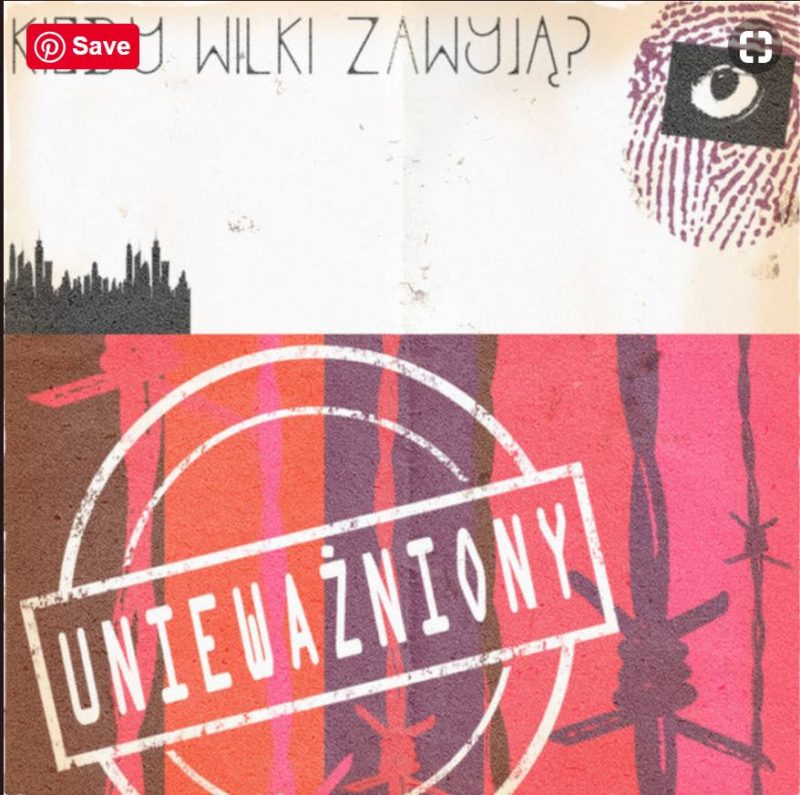 description, Mzylkypop was conceived three years ago as a dystopian vision of the United Kingdom in the year  2030. This was well before the idea of Brexit or the huge successes of extreme right wing parties in several European countries. Mzylkypop is a play on the name Mr. Mxyztplk, a mischievous character of the old DC Superman comics. The mastermind behind Mzylkypop is Michael Somerset Ward who has notable achievements on the Sheffield punk/avant garde/art scene, associated with such projects as Clock DVA, Floy Joy, Was (Not Was) and Crooked Man. On this album Michael collaborates with singer Sylwia Anna Drwal. Some of the songs are sung in Polish, some English, some with mixed passages. The title “When Will the Wolves Howl” was influenced by the writings of environmentalist George Monbiot, especially Rewilding. So much for the factual. I was not aware of all these details when I first heard the music, so my initial impression was that this is a masterpiece out of nowhere.

The album sets the scene with Witch Drones as a vision of the future in which a coalition of far right parties are elected to the government. The ugly word repatriation falls. The music turns disturbing, a squeal of saxophone and driving beat give the feeling of being on the run, of having to escape. The vision has definitely become a nightmare. After that the album moves from one incredible moment to the next. Slumber Pin is a post-modern folk song using traditional Scottish motifs. Sylwia’s List (sung in Polish) is quite lively and conveys a sense of defiance. The God of Claws feels like a new kind of blues combined with the horror of being a refugee. Last Exit to Lublin, a close rhyme to Last Exit to Brooklyn, has a dissonant feeling to it, well matched to the dystopian concept, and also a surreal sounding conversation between immigrant and border agent, English and Polish whispers, the nervousness of an uncertain situation. The piece Red White and Blue confronts the spectre of nationalism and the crimes it leads to: “My children said to me….when are they going to send us all away?” Narky Monkey is the creme of the masterpiece which ties together all the motifs of the album into a rallying statement of defiance: “All life is sacred. We will resist.”

The vision is meant as a warning for us to be vigilant. Unfortunately, the time to act is not in the far future, nor the near future, but now. The album was slightly too prescient.

Incidentally, the label Do it Thissen Records run by Jon Downing is also worth looking at. They specialize in the Sheffield music scene with reissues of past classics as well as new discoveries, many of them in small, lathe-cut editions. An additional release by Michael Somerset Ward is planned in the next months: Threnodies and Ad Hocs.

One notices recurring themes in Adi Gelbart’s music, paintings and film animations that hint at an entirely new reality with its own set of 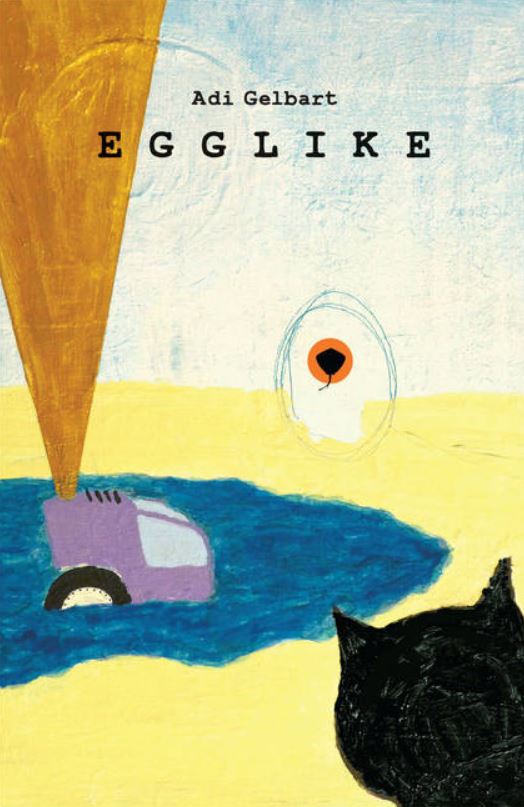 musical and metaphorical paradigms. Hamsters recreating WWI battles, an ominous levitating manta ray and sentient vegetables are some of the imagery one encounters in his works. With the release of his Egglike book and 7” single  there can be no doubt that Adi Gelbart has created what the Germans call a gesamtkunstwerk, a synthesis of the arts. Egglike is the crowning gesture introducing this reality in its entirety.

The first song of the single The three forms of Him who speaks through pyramids is a swirl of motifs including beatnik jazz juxtaposed with 23rd century sensibilities, which do not yet exist. The B-side, Poetry competition is a lyrical reading by a mechanical intelligence, an electronics-based being for which we’ll probably have to invent a word someday. It recalls Kafka’s Letter to an Academy, introducing, as it does, such a thoughtful intellect. These are two musical gems to accompany the treasure trove that is the book.

The science fiction novel Egglike is a first person narration told mainly in the form of journal and dream journal entries. Gelbart succeeds in intriguing the listener from the first page to the last, as the story unfolds step-by-step, with each detail redefining the way all the previous events are to be understood. We meet the narrator, as he is observing traffic on a highway. He begins to notice certain irregularities among the vehicles, tries to decipher them, to find an explanation. This journey drives him ever deeper down a rabbit hole where he encounters psycho bassoon players, a thinking mechanical cat, hovering pyramids, a lawnmower cult, and more. Gelbart explores the analogy of humanity to pet robots, but then steps back every now and then to place the analogy into completely new and mind-boggling perspectives. It’s as if the minds of Robert Sheckley and Philip K. Dick were dissolved in a bottle of vodka that Adi drank at Milliways.

A key passage of the book gives us insights into our own modern dilemma, in which we are increasingly dependent on sources of information that are impossible to objectively evaluate. It reminds me of Firesign Theatre’s statement Everything you know is wrong:

“The only way to define truth is as the sum of all there is, but humanity wastes its entire time trying to construct a truth by filtering out small pieces of the truth, which goes against the concept of truth because truth is only truth insofar as it cannot be filtered or reduced, and once you extract a portion of the truth, then what you’re left with is no longer the truth, but a pure fabrication.”

Years ago, when I first read Kafka, I accompanied it with the études of Chopin playing in the background. While reading Egglike you could do well to play his album Preemptive musical offerings to satisfy our future masters (reviewed in the July-August 2016 Ragazine), as a means of enhancing the experience.

Record and book via Bandcamp: https://gelbart.bandcamp.com/album/egglike