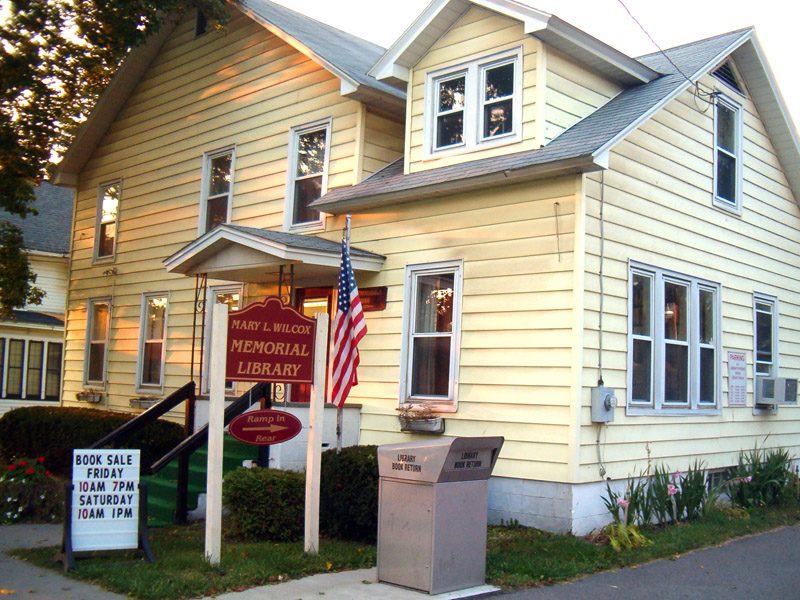 Poetry: Any Age, Any Place

here is an awful lot of talk these days about the disconnected lives we lead, that years back students arriving early to class might engage the awkward, and make small talk. Sometimes,  they might learn something new about another person, and sometimes, if they were lucky, they might begin forging a new friendship. But while “smartphones” help keep us on track & connected, it’s the light of those little screens, dictating our actions, prioritizing the scroll, eliminates time for still, time for quiet and for reflection.

Given that everyone is equipped, I’d imagine now there has to be a lot of heavy lonely plodding on American streets everywhere. And so, I was particularly overjoyed in June when I learned the National Endowment for the Arts announced the number of adults reading poetry is at an an all time national high. I won’t infer anything more than I’d imagine people are channeling what unfolds when reading poetry. When we read poetry aloud and together, we distill emotions, we slow-down the psycho-social haunting of time’s tick, we give pause to the moment that is now.

I wandered NYC streets at the pre-dawn of the internet; I was lucky. I combed Greenwich Village in search of subterranean caverns and cozy cafes. I breakfasted in the Bagel Cafe on West Fourth, discovered Anne Sexton’s daughter’s memoir in the Biography Bookshop on Bleecker St., and I too hoped I’d find my groove. Perhaps the luxury then was the exorbitant amount of time I spent wandering, looking up and around, taking in the beauty of my environs. When I think back to the cover of Recollections of My Life as a Woman: The New York Years, I remember the young Diane Di Prima, seated atop an old wooden chest in the Gaslight Cafe, a soft smile crossing her face, and a book on her lap. It’s an image of freedom; it’s what artistry brings to this life. And I admired Diane’s insouciance, legs hung crossed, sandaled feet dangling. And a little at a time, I fell into the rhythms of listening to poets, voices resounding in the dark dank must of Friday and Saturday nights and Sunday afternoons; it was there I found my groove.

Upon relocating to Binghamton, New York, in August of 2014, I fell in love with teaching for the Binghamton Poetry Project, a literary outreach program of the Binghamton University’s Center for Writers. In the Mary L. Wilcox Memorial Library in Whitney Point, I made a home for myself in the unfamiliar environs of upstate New York. Once the spring workshops came to an end, we kept going; the desire to gather together, to read and write poetry, was an insatiable need. In poetry we may nourish our souls, and these poets and writers of all walks of life and life experiences, come together weekly to reflect on what it means to be. We contemplate meaning, debate nuances, and within the warmth of this connection, we help one another navigate life on the terms set.

The selection of poems below is sourced from the members of the Whitney Point Poets, one of the many offshoots of the BPP.

Jack Taylor was born in Jericho Long Island during the Great Depression. He lives in Whitney Point and for a long time, was the postmaster at the Whitney Point Post Office.

Oh great and grand GPO
with your Herodotus motto:
(through dark of night and snow)
for so long the symbol
of communications important,
now – left for dead.
Replaced by internet
everywhere phone cell
where no personal touch dwells,
we’ve sacrificed all for speed.
Even so, for some of us
one of our day’s high points
is to see what’s in today’s mail.
When we visit our local post office
we ask, “What do you have in pretty stamps?”
and we are shown some beauties.
Come now, let’s see what can be done
before it’s completely lost for everyone.

After years of writing computer software, Barbara Bernstein relocated from Brooklyn, NY, to Triangle in Broome County. She converted a barn into a glass-casting studio, began to write fiction, and the occasional poem.

No longer do you age.
Your birthday is now a sad reminder.
Instead, on this date
I count how many years
you’ve been gone.
Our move to the country
gave me time and space to flourish.
But you, alienated from yourself
by your unreliable heart,
lay fallow like our weed-filled garden.
You spent your days playing video games
Or looking at porn – which you called research.
Should we have moved back
to the city you hated?
Should I have sat beside you,
a cheerleader, applauding your high scores on pac-man?
Questions that have no answers
still haunt me.
Please, even though it is too late,
tell me, what could I have done
to save you?

A native of Broome County, Cindy Casterlin believes the desire for individual and collective creative engagement is a universal human trait and an element vital for self-realization. Intentional Creativity influences Cindy’s personal body of work, while it fuels her commitment to expand the role of expressive arts within Broome County’s mental health and wellness services.

I create to reduce the noise
slip beneath all that surface chatter
yes oh yes, moving toward, a relevant
meaningful first encounter.
Partners in the dance, I enter…
the push pull fragment of a song
surfing at the edge, the very edge
between the wild and the wall.

The air shall tremble in a scatter of sparks
in the wake of the Midnight Muse
she offers a story I was born to sing
a barefoot pilgrim, serenading the moon.

Often, so often we come together
keeping vigil through the indigo night
a siren song clinging to the back of a whale
shall rise from the depths, to greet the dawn.

Karen Williams Rosa was born in New Jersey.  She is a mother, a grandmother, a teacher, an office worker, wanderer and lover of poetry. Now she lives in upstate New York with a good man and three cats.

As if I could climb mountains
or to the top of the Empire State Building,
a great ape queen.
As if I could swim my life away
a single dolphin in a cold blue sea.
As if I could turn a corner
or a page,
and find the girl I was once
secreted in Arial or Baskerville
or a typeface not yet invented
indecipherable, lost,
unknowable.

Sabra Ray was born in Fairbanks, Alaska. She is the mother of two fine young men, a grandmother, and a lover of the written word and she lives in Broome County.

I wonder at the beauty
you have seen on your long voyage
from Ostego Lake
to the mouth of the Atlantic.
I am a castaway leaf
caught in a current from which there is no escape.
Yet I feel no fear
while I am a leaf floating along a river.
Do I trust the mighty Susquehanna
to deliver me to a place that I belong?
Do I belong in the belly of a fish?
Or the lining of a robin’s nest?
Am I destined to be part of the slime living in the bog?
If I should make it
to the salty waters of the bay,
will I somehow become a pearl
in the heart of an oyster?
Do I care? While I am a leaf
floating along a river
I wonder if the leaf
is conscious of me as I am of it?

Anita A. Shipway is one of the Whitney Point Poets; she includes her maiden’s name initial because there is another Anita Shipway in Broome County. Sisters they are not, but sisters-in-law they are, and neither deserves to be blindsided when appearing in print.

The smells of summer
Now and Later’s,
the sounds of kids
on carnival rides
riding bikes, too.
Paintings and photos
hang on fences.
The jewelry hangs for sale
too, sparkles in her eye,
makes her smile.
And being outdoors
in the warm sun,
so seldom happens
these sensible days.
The lady offers to help
with the necklace
she looks at longingly.
It looks good!
It really does,
and she buys it,
knowing her rigid fingers
will insist
she keep it on,
until Betty comes
on Thursday
to help her in the bath.

Sandy Halliday is a grandmother and a bank teller.

The Critter in Town

On a beautiful Saturday morning
I stood in the open front door.
A friend had just left me there
admiring the green grass
and the children playing across the street.
Out of the corner of my eye
I saw a critter
walk from the bushes on the left,
cross over the sidewalk,
enter the bushes on the right.
At first glance I hoped it
was not a rat! It was gray,
Long-necked, had a long hairless tail
that sent chills up my back.
I laid out the “Have a Heart” trap.
Baited it with peanut butter
placed it in the bushes
and in the morning
I found a mad squirrel
And heard the possum left town
on the possum bus.

Joseph Elder enjoyed a long career in New York City as an editor and literary agent, and a second career as a clinical social worker in Binghamton, New York. Retired now, he devotes much of his time to writing poetry.

Calling in the Words

What can I give you — I, a poor gray
Poet with a fistful of verses,
two pennies to my person,
and a face fair fit for a nickel
or a postage stamp, if not
for a dust jacket.
I have only these words to offer you,
and even they are not mine
but pilfered from the Milky Way
or scraped from the bottom of my shoe.
Words are not sheep. They can’t be
herded from their Elysian fields
or penned with snapping jaws.
Better, I find, to launch a prayer
from a foxhole — as I would a dandelion
seed to the four winds — and let
the words return, if they will, to blossom
from my keyboard, though they insist
against hopeless odds that I make a garden
of them, I who can blight
a begonia with my thumb.
And yet, for you, I cut and paste
and waste a thousand words to light upon
the few most worthy to preserve.
Such folly, this needs to find
my footing among lines finely wrought
and taut as spider webs
that quiver with real spiders in them.
Lines by the likes of Will and Walt
who lent an ear to heaven, and Emily
to whom the chart was given.
But how could I refuse the gift
when words come flowing back
to me, as frankincense and myrrh
and sometimes, even gold? I believe
Rumi, who said, what you find
beautiful, do that.
Though I may never know the road
not taken or who it was that made
the little lamb, it seems I have
no choice but, for beauty’s sake,
to ply my earnest alchemy and —
having made my garden grow —
release these words to you.

Sandy Rozek is an educator, a mother, a grandmother, and an artist, living in Maine, New York. In the last year, she unexpectedly picked up the pen, and is running the inkwell dry.

The Half of Partner 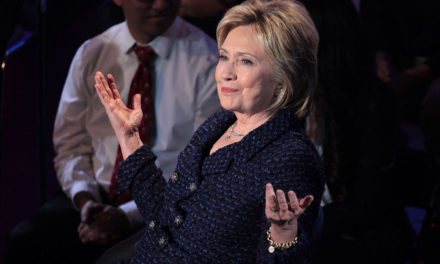