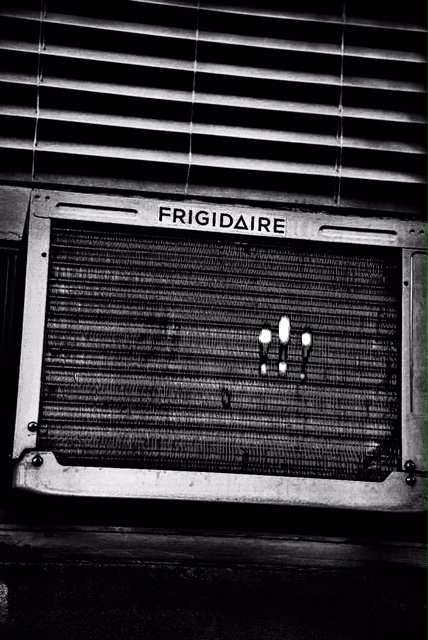 I pulled into El Paso along about half past dead. The weathered wall thermometer hit 99 in the red! The Band, not Spike Jones, blared out of my battered VW’s audio box.

The seedy motel, painted mostly in a garish Border pink, offered up rooms for $29 a
night. In West Texas, you get about what you pay for.

I anted up my savings which were stashed in an olive drab field sock. I was just free of the Army, hoping to land a gig at the local newspaper. My interview was first thing the next morning. The heat sapped all my  energy. A good night’s sleep might help me to shake off the taxing ten hour drive west from Ft. Hood. I nearly ran off the road more than once as my drained psyche fell victim to the monotonous desert prairie.

The AC in my seedy room was sketchy from the get go. It alternated between metallic clunks and high pitched squeals, sandwiched around a more normal, electric hum. I soon slid next door to a fast food cantina where I splurged on two Lone Stars and a bowl of fresh, very hot chile. I hoped
the stalwart Texas brews would help to calm me down from my epic, westward trek.

Frigidaire was the gold standard for cooling in America back then. The company was owned by General Motors. They put air conditioners in every make of car from Cadillacs to low end  Chevrolet’s. The brand was so dominant that all manner of refrigerators were referred to as simply “Frigidaires” even if “Amana” was clearly visible on the shiny front door.

My AC had a mind of its own—it clunked like a broken cotton gin, calmed to a dull roar, and then squealed like a wounded banshee. I visited the office hoping to swap rooms, but the  manager had split after  locking up tight. Mine was the only car parked in the lot. I tried a couple of doors struggling to surreptitiously trade rooms, but they all were locked tighter than a tick.

I watched TV until midnight—only two channels. The temperature in my room felt like 88 degrees. Despite its cacophonic performance, my Frigidaire wasn’t putting out worth shit. Sleep was impossible, but I needed to be alert come morning. My interview with a local newspaper editor loomed. I was trying to parlay my stint with the post rag back at Ft. Hood into a civilian
gig. 1:00 AM melted into 3:00, and then bled fretfully into 5:30. Finally, I crashed from pure exhaustion.

Bright sunlight suddenly pierced into my bleary eyes, and the West Texas heat enveloped my body. A slightly built Latina maid with a yellow bandana on her head peered through the wide open door.

A quick glance at the cheap clock radio on the battered night stand showed 10:30. My interview at 9:00 was lost to the ages. A belated pay  phone call to the El Paso Times only garnered me a stern lecture on the need for reliability.

I threw my travel bag into my VW and eased north up Rt. 62. I was now headed for Oklahoma for a previously scheduled rendezvous with a grunt buddy from the Nam.

The temp hovered around 100, and I felt a sense of poetic justice when a faint, crackling AM signal from KEJL out of Hobbs, New Mexico, suddenly coughed up Martha Rees and her North Jersey Vandellas. They were belting out Heat Wave, “With a burning in my heart”! It was clearly a sign to me from God!

I continued to write for 50 more years. Editorials, book reviews, short stories, and now, flash fiction. But alas, I never again worked full time for a daily newspaper. I always labored morosely in a day job to support my addictive writing habit. I perpetually felt screwed by providence and, to a degree, by that rogue Frigidaire.

It’s like a heat wave
Burning in my heart.
Can’t keep from crying
It’s tearing me apart!

William C. Crawford is a writer & photographer based in Winston-Salem, NC. He was a combat photojournalist in Vietnam. He has published extensively in various formats including fiction, creative nonfiction, memoirs, book reviews, and essays. He had a parallel career as a social worker and community organizer. There, he wrote biting editorials on behalf of the powerless such as abused children, the frail elderly, and victims of enforced state sterilizations. He is known as Crawdaddy to his Yellow Lab, Scout.  (Jim Provencher photo).   https://forensicforaging.com/bio/