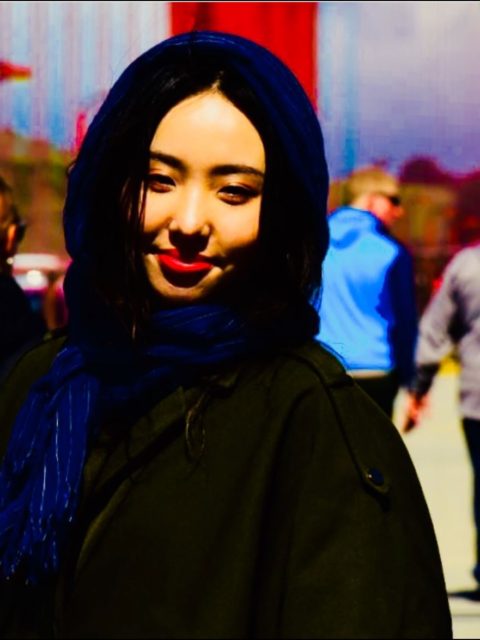 Crawdaddy Conjures Up A Mostly Forgotten

To Break International Tension On The Golden Gate.

Jimmy Pro runs a tight ship at OZQUEST. His mythical travel agency is more of an extension of his alter ego than a real organization. The Bay Area  weather  forecast said clearing with strong gusts. Jimmy pointedly announced our next photographic target would be The Golden Gate Bridge. The ferrous Red Lady demands good light. Any good shooter knows that.

OZQUEST is built on public transport. Jimmy memorizes the applicable bus routes and then navigates the city by the seat of his pants. Streetcars rule in the City By The Bay. Jimmy loves the electric clanging not to mention the human potpourri who ride these well-traveled rails.  We would today have to settle for a boring gasoline powered bus for the final leg of our ride to Golden Gate Park.

The Bridge was teeming with people and autos, fueled by the breaking weather. The red iron behemoth vibrated loudly with the frenetic action on her deck  and her taut cables emitted a loud chorus of  high tension pinging. We shot various structural angles hoping for that illusive money shot. Then we started across.

Soon, I spied a Japanese nymph among the mayhem. Her friends were sampling her dreamy beauty with their cell cams. Jimmy and I thrive on the bland and mundane, but an angelic face like hers invited a spontaneous portrait even among the peripatetic foot traffic of the Bridge. From a distance, I locked on with my zoom lens. Suddenly, she noticed me with an icy glare that froze my photographer’s heart. Caught as the intruder I was!

As I forage methodically through my viewfinder, I am sometimes blessed with the sound of unexpected popular music from my distant past. I can’t explain these episodes, but I have learned to just embrace them in my work. Suddenly, my cerebral self was serving up Aku Sakamoto circa, 1963. His ethereal version of “Sukiyaki “ hit number 1 in the US in the summer of 1963. The lyrics were entirely in Japanese, but the words and melody were so powerful that the language barrier evaporated under the the emotion of this  Nipponic hymn of hope. Japan was finally throwing off the defeat of WWII, her economy was on the mend, and the 1964 Summer Olympics were on the horizon. Sakamoto produced an anthem of national appeal that transcended language with its simple but beautiful melody.  My favorite DJ, the peripatetic Dick Biondi, from clear channel WLS out of Chicago, played it relentlessly for the American heartland. He introduced the the song repeatedly with only a solemn, reverent repetition of the artist’s name.

The nymph again twisted her beautiful countenance with obvious agitation in my viewfinder. My heart sank, but then I instinctively pulled my iPhone from my shirt pocket. I pecked out S-a-k-a-m-o-t-o, then hit You Tube. I cranked up the volume button and edged closer to the glaring young Tokyo tourists.

Above the side walk din, “Sukiyaki” melted out onto the Golden Gate Bridge. Her friends seemed puzzled by my intervention, but my would-be subject fixed me with a gaze which will live for the ages. She became suddenly calm, and she folded her hands into a vertical pyramid position at her chest. Her face softened as she she bowed curtly to me in the traditional Japanese manner. I recovered just a bit as she lowered her hands and I snapped this smiling shot. I spun on my heel, and headed straight back toward Golden Gate Park. Did she recognize a number 1 pop song from fifty years ago in her homeland?  I think not.

But Sakamoto’s poignant melody and words opened an emotional and cultural door which allowed me to get that illusive money shot. See http://www.songfacts.com/detail.php?id=1230 to hear Sakamoto’s haunting ballad. Just type in Sukiyaki.

William C. Crawford is a writer & photographer based in Winston-Salem, NC. He travels America in search of images and story lines for his Flash Photo, an emerging literary motif.