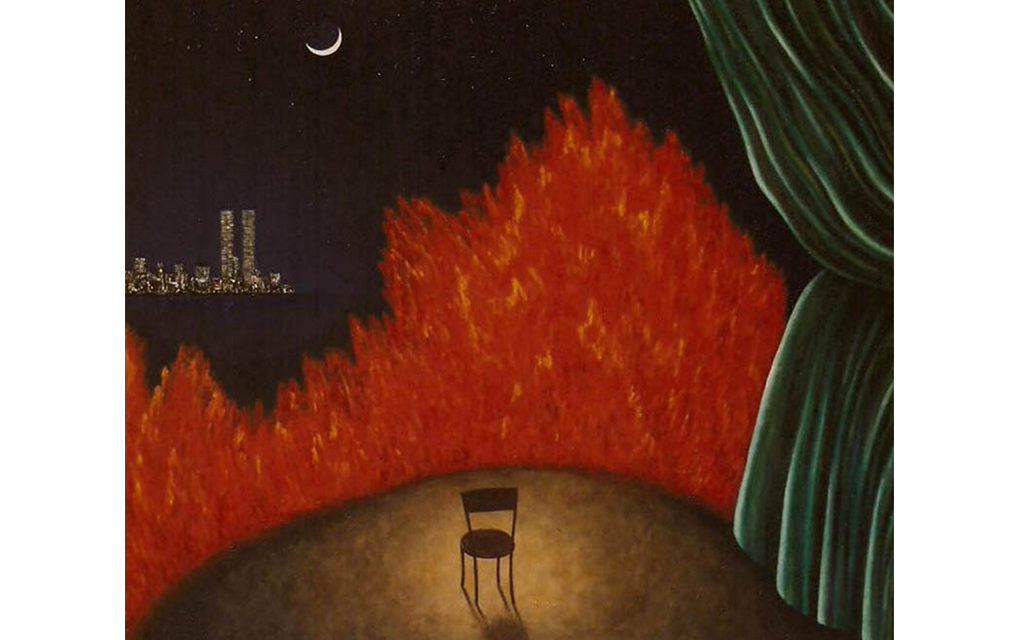 In Time of Need

“Where have all the artists gone?
Gone to graveyards every one ….”
Thanks to P, P & M

The only profession that may be more difficult to survive than Poetry is Art. Working Artist is regarded by many as an oxymoron, which could not be further from the truth. The world the working artist lives in is certainly not the same as the journeyman accountant’s, the hand’s on a tuna boat, or an astrophysicist’s. Most likely it revolves around a multidisciplinary approach to incorporating one’s temporal position in the universe and what one experiences through five or more senses into two, three or four dimensions funneled through one’s hands brushstroke by brushstroke, or, perhaps, into being via the tools of another artistic medium.

Whether one finds an audience for one’s work determines whether or not one advances along the difficult road to artistic success — measured in part by whether or not one can survive on the sale of one’s work, without migrating to another means of making a living. And suppose, for a moment, that one does have some success – will it be sufficient to carry one beyond the years when he or she has collectors, and the market turns to younger artists with new faces, new ideas, new media?

We read accounts of artists dying, leaving hundreds of works behind that fall into the hands of gallerists, relatives and others who had no use for them during the artist’s lifetime. We read about and sometimes are affected by the fighting that goes on over funding for the Arts by legislative and executive bodies. We watch as public funding for the arts dries up, leaving the arts and artists vulnerable to dissolution, disillusion and disappearance.

Some months back I received an email addressing this particular concern — about the market seeking younger artists, and the older ones finding it more difficult to procure space and attention of gallerists and buyers. It is an important aspect of the working artist’s life that too often goes unnoticed, and unapologetically ignored. To bring some attention to that plight, I asked the friend to elaborate.

I have relied primarily on the sale of my work for income.  Over the years I’ve had some windfalls: a small amount left to me by my brother, an inheritance from my mother, and more recently a lump sum buy out to leave our rent stabilized apartment on Perry Street in New York when it went condo (that was about ten years ago).  I do have a small social security income which pays my studio rent (storage, basically) in New York, and I have given a cousin of mine paintings as collateral against loans from him to pay my rent in New Rochelle, where my partner and I live with a cousin of mine and her partner.  They have an attic apartment, which has always been occupied by friends and family, in a large old house, and only charge us basic utilities.  So my expenses are about as low as they’ve ever been … and still, I can’t meet them, and I keep falling into debt.

It seems to me artists today survive either because they have a “job” (some artists teach), or they have a partner/spouse who brings home the bacon, or they have family support (parents, or inheritance / trust funds).  None of these means of support apply to me.  The percentage of artists who do manage to support themselves entirely from the sale of their work is about 1% (maybe less) … kind of mirroring the haves and have nots in the general population. 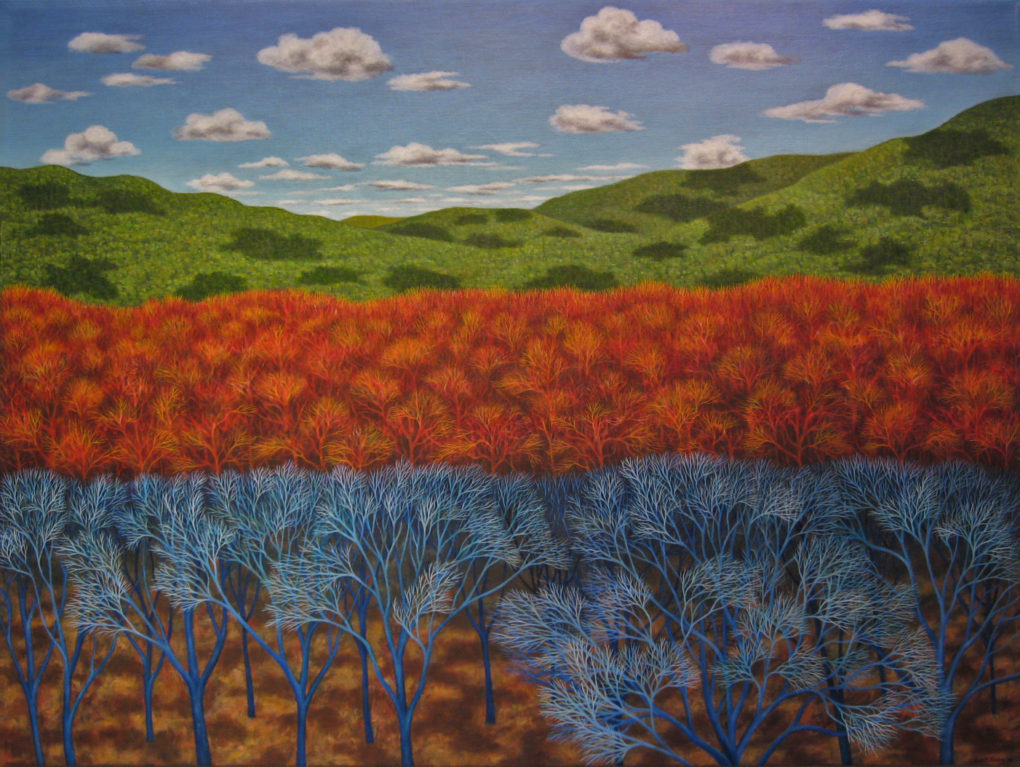 You have to be a very “commercial” artist to support yourself from your work OR you have to have a very good dealer … and dealers who can support artists through sales are few and far between.  The vast majority of artists who have dealers still need other sources of income to survive.  With an exhibition only once every two years, most artists can’t survive even with a good dealer … unless they have multiple dealers all over the country.  Again, this situation doesn’t apply to me.  I had a dealer for 25 years and had seven one man shows with her.  We parted ways, amicably, in 2004.  She did sell quite a bit of work, but it was never enough to completely support me.  In fact, in all the years I have been a “professional” artist, I can recall only one, maybe two years where income from sales exceeded my expenses.

For many years after I left my dealer I was happy with my independence.  Those windfalls kept me going, and occasionally I would sell my work to supplement the windfalls.  But since the economy collapsed in 2008, and because I have exhausted my base of collectors, sales have been few and far between.  I need a dealer to have a new collector base … and at this point in my life, having an exhibition in a bricks and mortar gallery has become very important to me.  An exhibition would help to make people more aware of my work; it would elevate my prestige in the art world; it would help to generate a new audience for my work and new collectors.

Finding a dealer, for me, is next to impossible.  First of all, even since 2004 the art world and the art market has exploded.  Thousands of artists are competing for a handful of galleries.  The competition is daunting.  Secondly, because of my age, I believe I am looked at as a “has been” … a kind of failure, and dealers are reluctant to take a risk with an older artist.  They are much more willing to exhibit younger artists.  The market is very much youth driven.  Maybe … hopefully … at some point my age won’t be a hindrance.  There is always the hope that I will be “discovered” …in my quickly approaching old age.  And lastly, and perhaps most crucially, my work is a “hard sell” …. my “style” is out of sync with the prevalent contemporary aesthetic, which to my way of thinking is driven by process, ideas, experimentation, materials. 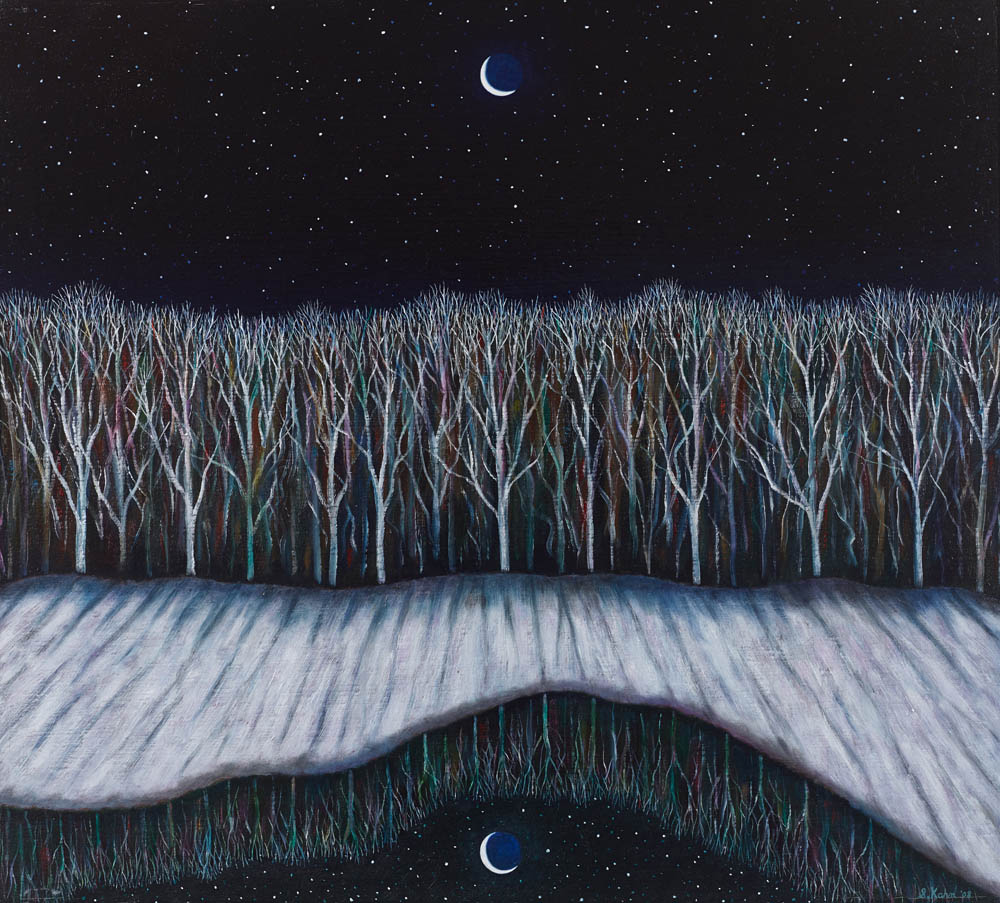 Collectors and dealers are so used to seeing this kind of work they don’t recognize art which has depth and poetry.  If my work has any value, it is poetic … and poetry has always been a hard sell.  I always say, art is democratic but the art world is elitist.  The artworld is controlled by a handful of dealers, curators, museum directors, collectors.  In my opinion, the art world is full of mediocrity, and when mediocrity feels threatened by “the real thing”, they lock arms, join forces, and exclude the threat.  I feel I am in that position.  I think of Dreiser’s description of New York City at the turn of the last century in “Sister Carrier” as “The Walled City”.  The elitists won’t let me in.

I recently sent out a 500 email blast to generate some sales.  I received many kind words of concern and support.  I did sell some prints … enough to keep me from the brink, but it’s only temporary.  In a week or ten days I’ll be broke again …. and I still have thousands of dollars of credit card debt hanging over my head.  Usually, I sell something and pay off my debt, but inevitably I have to start borrowing money almost immediately and so I sink into debt again.  It’s a vicious cycle; I can’t seem to get ahead of the eight ball.  I had a couple of nibbles for paintings, and followed up with emails … but nothing has happened. No sales.

It’s very demoralizing having worked over half a century as a painter and not to have any recognition and enough support in the market to make a decent living.  Living in poverty in one’s old age (I just turned 71 … ) is a horrible place to be.  But I count my blessings: my cousin has provided a roof over my head and I manage to continue to do my work.  I also have food stamps and I’m on Medicaid, which pretty much covers all my medical expenses, which are considerable.  Three years ago I had a cancerous kidney removed … and I’m still dealing with the fallout from that.  Health problems are constantly present.  My life revolves around doctors’ appointments and catching the train into the city!

I hope this answers your original question.  I’m at my studio in Dumbo weekday afternoons.  Please come and visit if you’re in the city. 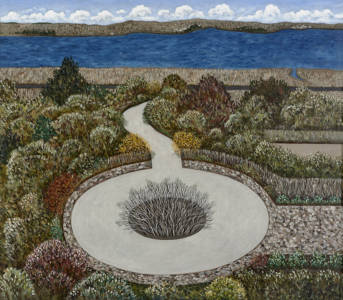 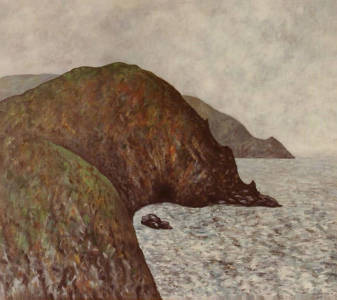 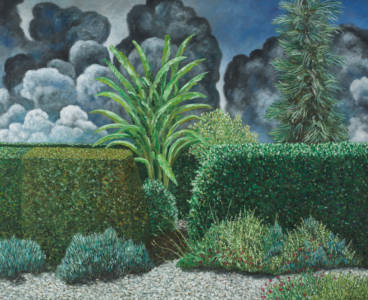 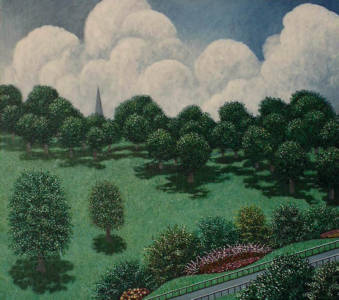 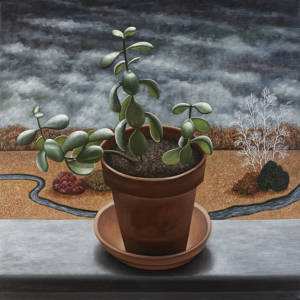 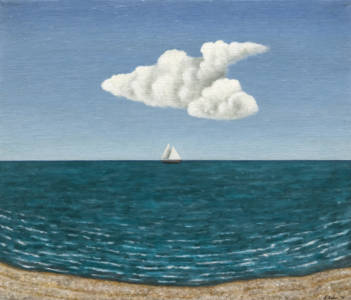 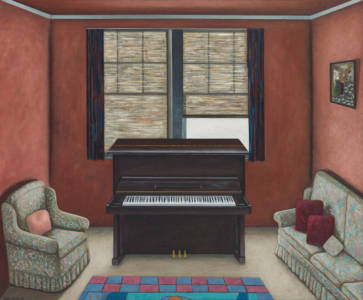 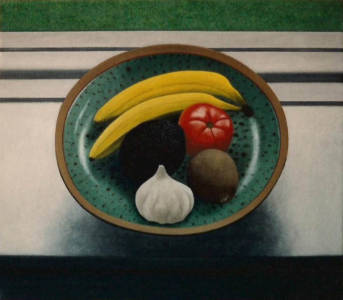 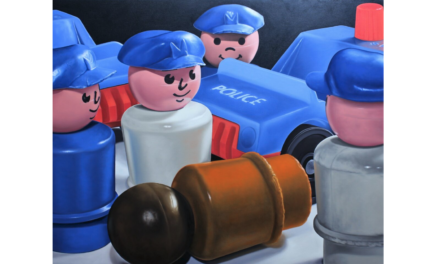 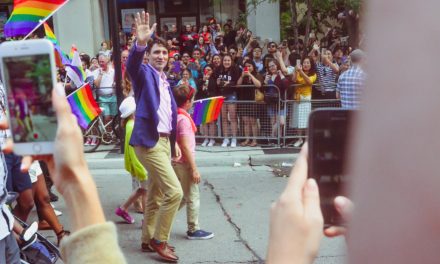 Rainbow  Parenting Is Their Choice/Angie Ivan